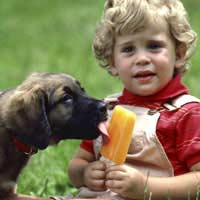 People love to give bits of their tasty human foods to pleading pets that pour on the adorable charm during mealtimes. But what pets want isn’t always what’s good for them; many human foods have a negative and sometimes deadly effect on a pet’s system. Kids are especially susceptible to the cuteness factor and will happily share their meals and snacks with pets; totally unaware of the dire consequences this may have for their beloved furry, feathered or scaly friend.

Foods That Are Downright Dangerous

The following is a list of foods to keep under wraps around pets, which have effects on animals that include possible fatalities.

What to Feed Your Reptile